When one or both spouses own a retirement plan, like a 401K or pension plan, a QDRO (Qualified Domestic Relations Order) may need to be drafted in order to tell the retirement plan what to do with the plan. Having a QDRO drafted and processed takes a lot of time and patience.

When a spouse has worked and contributed earnings to a retirement plan during the marriage, then those marital contributions are community property that are equally divided in California. There are times when the retirement plan is not divided equally, too. For instance, if the spouse contributed to the plan before and during marriage, and maybe even contributed to the plan after the couple separated. In that case, part of the plan is separate property and part of it is community property. There are different ways to divide this asset.

HOW TO DIVIDE RETIREMENT PLANS

However, if a couple is mediating or has chosen the collaborative divorce process, there are other ways to divide retirement plans thinking creatively. Maybe they’d prefer a lump-sum payment or a percentage of the plan that the couple thinks is fair. Sometimes this is done when one spouse is a teacher, and social security withholdings were not applied to their paychecks. Some couples may think a 70/30 or 60/40 split is more equitable than a 50/50 split, especially if the teacher spouse cannot claim social security benefits and the other spouse can. Of course, these considerations might require collaborative professionals, such as neutral financial specialists, who know about retirement plans who can add to the settlement discussions.

Regardless of how the couple decides to divide the retirement plan, the plan may need instructions to know how to divide it up. The instructions come in the form of a document called a QDRO. In addition to the mediation and collaborative divorce professionals who are working with the spouses to discuss division of the plans, a separate QDRO professional may be needed to draft and process the QDRO. QDRO professionals charge different amounts, and may offer different services to handle different parts of the process. In some cases, the retirement plans themselves might help a couple create a QDRO free.

HOW LONG DOES IT TAKE TO DO A QDRO?

No matter what process a couple chooses for their divorce, or who drafts and processes the QDRO, it will take time. Months, in fact. Why? Information about the plan needs to be collected from the spouses. Questionnaires might be used so that the QDRO preparer knows how the plan will be divided. Then the plan needs to be researched and drafted. Different kinds of plans are handled differently. For instance, a government plan might require a joinder so that the plan is joined to the divorce. Then there are various private plans, as well.

After a QDRO is finally drafted, it needs to be pre-approved by the plan. This can take months. The plan may change its requirements from time to time, or it might have been sold to another plan. Some rules that were valid before, may not be acceptable anymore and changes may need to be made to the QDRO so that it will ultimately be approved by the plan. But it doesn’t end there.

After pre-approval, it’s time for the couple to sign the QDRO and submit it to the court for a judge to sign. This can take months when the court is backlogged with other orders on their desks, and with trials and other hearings needing their time. When the judge signs it, the QDRO becomes an order; specifically a Qualified Domestic Relations Order.

Once it becomes an order, it’s time to send the QDRO to the plan to be implemented. If all goes well, the plan will divide the funds and each ex-spouse (we now say ex-spouse because by this time the divorce should be final) receives their share. There may be other tasks, such as setting up a new IRA or 401K for the person who didn’t contribute to the plan.

HOW CAN A COUPLE AVOID THE COST AND DELAYS OF A QDRO?

A couple can choose a “you-keep-yours-and-I’ll-keep-mine” approach, or they may want to trade a retirement plan for another asset, like maybe a house or bank account or spousal support, for example. Of course, tax consequences would be considered when discussing offsets, which the neutral financial specialist might help with in a collaborative divorce case. But… if a spouse is going to keep a retirement plan that is in their name alone, then no QDRO is necessary for that plan.

Some couples have several QDROs, and others might have just one or none. Nevertheless, the it’s critical to remember that couples must be patient throughout the QDRO process. It is rarely a quick task by any means.

Leslie Howell is a compassionate Collaborative attorney and mediator who works with clients using non-judgmental, neutral methods to help them resolve their divorce.

Avoid These Parenting Mistakes During a Divorce 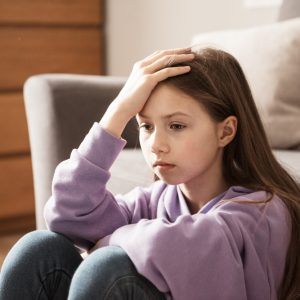 Children of all ages are stressed when their parents get a divorce.  It is even more stressful … END_OF_DOCUMENT_TOKEN_TO_BE_REPLACED