Can A Divorce Case Be Collaborative with A High Conflict Personality?

The answer to that question is, “Yes,” but first, before we talk more about that “Yes,” we should talk about what a High Conflict Personality is.

How do you separate the High Conflict Personality (HCP) those in the middle of the turmoil of a divorce and conflict?

Everyone gets a little crazy during their divorce.  Who wouldn’t? People who are going through a divorce are having lots of difficulties and often act in strange ways that they never would otherwise.  However, people that are truly HCPs, exhibit some consistent signs.  It’s things like when you first meet with them or talk to them, they say the reason they’re getting divorced is because the other person is always wrong.  They don’t take any responsible for themselves.  They will do what’s called splitting, trying to show why they are right, and the other person is absolutely wrong—they do not see gray areas and shared responsibility.  Often, HCPs will have had several attorneys perhaps because the one attorney didn’t agree with what they said, or the outcome wasn’t what they wanted.  Often, when an HCP comes into a lawyer’s office, before they even know them, the HCP will praise the new lawyer, making statements that indicate they (the HCP) believes they have found the one, greatest lawyer, that can help them show the rest of the world that they are right and they have been wronged.  Lawyers and other Collaborative Divorce professionals must beware of clients who suddenly adopt them as their super-hero because they will just as quickly turn on them if the professional says something that isn’t 100% supportive of the HCP or their position or if a negotiation or court hearing doesn’t turn out 100% as the HCP hoped.

The client who is not an HCP will often be angry, hurt and critical of the other side, but when asked to analyze the situation, they will often say, while they are upset with the other side, the other side is a great parent or that each of them had some responsibility in the break-up of the marriage.  HCPs do not have the ability to see the many shades of gray in that analysis.

Most HCPs need respect and affirmation even more than people who are not HCPs, so regularly holding the parties accountable to the structure and expectations, and giving them positive affirmation when they are doing what they need to be doing, gives HCPs the security that they may need to finish the case in the Collaborative Divorce Process.

What does the Collaborative Divorce Process offer to HCP clients that the traditional litigation process doesn’t?

The Collaborative Divorce Process, with properly trained professionals, can help the HCP learn the SKILLS they need to begin to learn how to move from all-or-nothing thinking (black and white intractable thinking) and blaming others, but to get there  takes a lot of patience and skill on the part of the professionals.  Often, in cases with HCPs that go to Court, the court case has dragged on for years and years or the children have totally been alienated by the HCP.  Showing respect but insisting on structure, focusing on the future and brainstorming ideas will be helpful, with their own lawyer and the other professionals continue to emphasize that “we cannot change the past, but how can we move forward?” In some way, helping the HCP get “unstuck” is the most important piece in resolving the case; that is helpful for the HCP, their spouse, and their children. 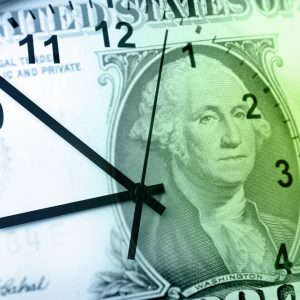 No one would disagree that saving money, time, and energy in your divorce is good for mind, body, … END_OF_DOCUMENT_TOKEN_TO_BE_REPLACED