You are here: Home / Blog / Recording Devices and Divorce: Why you might want to put down the phone

You may want to think twice before you use a smart phone as a recording device during a divorce.

In today’s world we are surrounded by smart phones and tablets with advanced recording capabilities.  This makes it easier than ever to record conversations without anyone noticing.  But you might want to think twice before you hit record, because in California recording another party without their knowledge and consent can open you to potential criminal liability.

Often clients come to their attorney’s office with a recording they hope to use as evidence against their spouse.  They might have the spouse recorded admitting that he or she has sold an asset, or an admission that he or she is trying to get more parenting time in order to change the child support amount.  What the client fails to recognize is that the recording may be inadmissible plus it may open the recorder up to criminal penalties for illegal wiretapping.

When can you make a recording in California?

1. In a public space where privacy is not expected

2. If there is a court order, such as a domestic violence restraining order, that expressly allows a party to record unlawful communications.

3. If all parties to the conversation have given consent to the recording.

If I have consent from all parties, can I use a recording in family court?

Maybe.  It may not be in your best interest to use the recording, even if the recording includes a statement that might show your “side” of the story.  Many family law Judges might be put off by the act of recording conversations to begin with.  Especially in custody proceedings, making a recording of conversations at parenting time exchanges might backfire by showing that you are not interested in positive co-parenting.

What if we live in different states?

Not all states require two-party consent; many only require one party to consent to a recording.  However, if one of the parties is located in California, it is possible that a court would apply California law in that case.

What should I do if we cannot have civil discussions regarding the children?

In the case of child custody, you could choose to use a court monitored website such as Our Family Wizard or Talking Parents.  These programs are available to allow parents to share updates about the children and make plans for parenting time in writing.  You can also use emails as a means of communication so that any issues that arise can be easily brought to the court’s attention.

The trouble with the collaborative process is that nobody has heard of it.  All through my divorce, my friends kept telling me I needed to hire a stronger attorney, one who would fight for me and win.  Well… in the end, I do feel I won, big time.  I not only got a great settlement in terms of the money, I’m also sure we got the best results possible for our kids.  We’re never going to be that divorced couple who celebrate Christmas together.  But the kids know that we can and will come to their weddings and be good with each other, which might not have happened if we’d stayed married, and certainly wouldn’t have happened if we’d made the divorce into a war.  To me, that’s priceless.

What Is a QDRO? 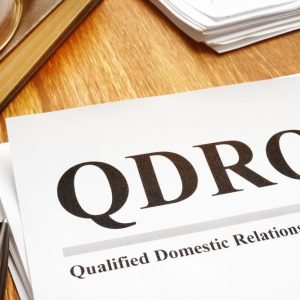 When one or both spouses own a retirement plan, like a 401K or pension plan, a QDRO (Qualified … END_OF_DOCUMENT_TOKEN_TO_BE_REPLACED